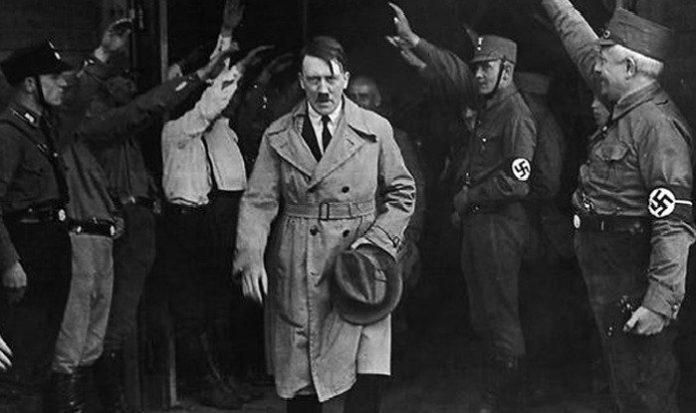 Hitler, the infamous orchestra-tor of the Holocaust and WWII, was, in fact, much stranger than we already know. As the reader might be aware, the massacres initiated by Hitler, ruthlessly took the lives of more than 40,000,000 people.

There’s been significant interest, worldwide, in the life and spoils of the Fuhrer since the world began witnessing his notoriety. Consequently, especially after his death, many works of art, literature, and cinema have been studded with references to Hitler. There have even been biopics on Hitler, while his autobiography – Mein Kampf – became a best-seller despite a ban in Germany.

However, even after the fame that he earned, much information about him is debated and dubious. Some of the notable facts about him are well known and, as I said, have been adequately represented. Yet, there remains a huge chunk of details about the Fuhrer’s life which are, as yet, not very well known.

In this article, let us explore ten lesser-known, yet, interesting facts from the life of Hitler.

Lacking formal education necessary for a prospective career, he remained in the army after it returned to Munich after WWI. During this period, in July 1919, Hitler was appointed as an intelligence agent for a commando in the Reichswehr.

Owing to his assigned task, Hitler spied on the German Worker’s Party (DAP) which later became the Nazi Party. Eventually, however, Hitler was inspired by the ideas of Anton Drexler, the founder of the Nazi party in 1920. When he officially joined the DAP, Hitler was the 55th member of the party.

9. A Messenger in WWI

Adolf H. repeated boasted about his bravery in WWI, citing his Iron Cross First medal as evidence. However, as we know now, the truth was something quite different.

As a part of his service during the war, he seldom fought on the front lines. In fact, he worked as a runner or a messenger and was safely posted in the headquarters of his regiment. Contrary to his claims, he was never in perpetual danger, although he was wounded in the First Battle of Somme.

In all possibilities, Hitler was honored with the medal due to his long tenure with the army. Moreover, it’s very interesting that Hitler was bestowed this honor on the recommendation of a Jewish lieutenant, Hugo Guttmann.

Long before living his dictatorial dream, he made two failed attempts to get into the Vienna Academy of Fine Arts. His passion for art was deep and he even spent a few homeless years trying to sell his work.

After becoming the Fuhrer, Hitler let his love for art to die down. As it is expected of him, Hitler vehemently opposed the works of modern artistic traditions like cubism and the likes. During the war years, He ordered rampant looting of artworks from the captured regions. His plan was to make a museum in Austria, to be called the Fuhrermuseum, wherein he would install his spoils.

A legislator from Sweden, in 1939, decided to play a sarcastic prank on Hitler. So, he nominated Hitler for the Nobel Peace Prize. The world, however, couldn’t get his joke and they started creating a huge ruckus surrounding the nomination, which was withdrawn.

Instead of the Fuhrer, the Nobel committee handed over the prize to his staunch critic, Carl von Ossietzky. This was meant as an insult to the Nazi doctrine and, consequently, He banned Germans from accepting the prize. In Germany, the Nobel was replaced by the German National Prize under the Third Reich.

At the age of forty, Hitler’s father, Alois Schicklgruber decided to adopt the surname Hiedler. Had this not occurred, the Fuhrer also would have had this much difficult-to-pronounce surname. The reason behind the official transformation from Hiedler to Hitler has remained unclear as of now.

According to many reports, Hitler wasn’t on very good terms with his father, while he dearly loved his mother.

Provided the overenthusiastic patriotism displayed by Hitler, it’s rather difficult to comprehend that he wasn’t born in Germany. Yet, that is indeed the case as Hitler was, in fact, born in Austria.

However, it wasn’t very unusual of him to love Germany being an Austrian. Leopold Poetsch, his teacher at high school, inspired Hitler to hate the Austro-Hungarian regime and to only love Germany.

Hitler let go of his Austrian citizenship only in 1925 and, thereafter, he became a German citizen.

Owing to his immense obsession with his self-image, Hitler made Heinrich Hoffman photograph him while he practiced his speeches. Luckily for us, Hoffman disobeyed the Fuhrer’s orders to destroy these images and, instead, published them through his memoir.

In order to retain the superiority of the Aryans, they were expected to eat nothing but a strictly vegetarian diet. The Nazi policies were in accordance with this idea of health consciousness.

However, in this regard, the Fuhrer’s personal habits largely undermined the official policies of the Nazi party. Especially during the war, and even before it, Hitler was a regular abuser of drugs like cocaine, methamphetamine, and morphine.

In fact, drug use was reportedly quite rampant among the Nazi soldiers, who were given methamphetamine doses before wars.

2. Not Visiting Any Concentration Camp

Throughout the dreadful years of the non-Aryan massacre in the concentration camps, He never visited any of these establishments.

There is no doubt that the idea of the “Final Solution” was conceived by the dictator himself. However, in all possibilities, Hitler was content in running his massive genocidal project without ever witnessing the same in person.

Now, this is probably the most paradoxical detail about a person who is known for killing millions of innocent people. Yet, no matter how absurd it may sound, it is true.

He was deeply concerned with animal welfare and most of the Nazi policies reflected this. Moreover, he personally had an immense love for his pet dogs – Blondi and Bella.

So, these are few of the other, hidden sides of the megalomaniac monster, who had tormented the world at large.

Also Read – MAYONG – THE LAND OF BLACK MAGIC IN INDIA 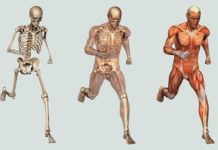