This year Ganesh Cahturthi will be celebrated from 24 august 2017 to 4 september 2017. Ganesh Chaturthi is celebrated on a large scale in Maharashtra and specially Mumbai. Ganpati Visarjan will take place on 4 august 2017. Ganesh Chaturthi is celebrated as the birthday of Lord Ganesha and continues for 10 days at last this festival ends with Ganpati Visarjan. We have summed up top 10 famous ganesh idols in Mumbai which you should visit this year in 2017. Most of these mandals use Eco friendly ganpati.

It is the most famous Ganesh Statue of India. In Mumbai people are crazy to visit this Ganesh Mandal. It hosts 1.5 million devotees per day. It was founded in 1934 The Kambali Family has been making the idol from 1935 and they have also patented the design of the idol. This should be the must visit place in your list during Ganesh Chaturthi.

It was founded in 1928, this ganesh mandal is located at a walking distance from lalbaughcha Raja mandal. It’s the oldest one in the town. It became less popular due to Lalbaughcha raja but attract a good number of devotees. When you visit lalbaughcha raja mandal this place should be second on your lsit. Ganesh Galli Mumbaicha Raja mandal was founded for the welfare of the mill workers. The theme is changed every year and is so lavishing. 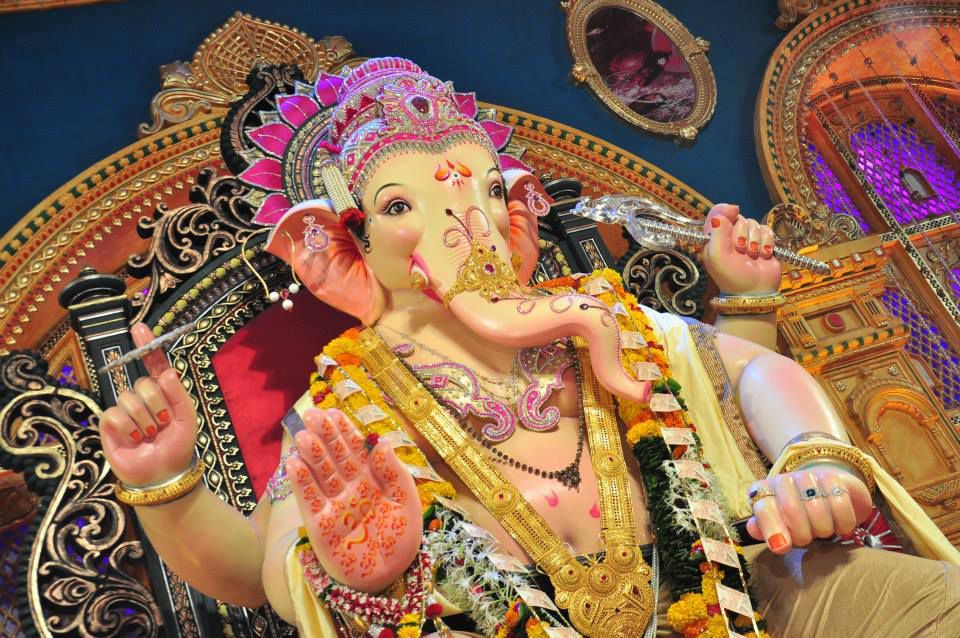 Founded in 1959 Khetwadi Ganraj mandal is famous for the astonishing and beautiful design of Ganesh idol. In 2000 this mandal made the highest Ganesh Statue of 40 feet and also won an award for that. This place receives huge crowd during Ganesh Chaturthi as every lane in this area there is one Ganesh murti. Below are details how to reach Khetwadi Ganpati.

It was founded in 1954 by a community from Karnataka, known as Gowd saraswat bramhin community. GSB Seva Kings Circle Ganesh Statue is famous as the richest Ganesh Idol of the town. It is so because more than 60 kilogram of gold ornaments are used to decorate the Ganesh Murti. Ganesh Idol used here is eco friendly and made out of clay. Music here is completely classical and instruments used in south Indian temples are used.

Founded in 1966 by the workers of the tobacco company. Andhericha Raja ganesh statue is well known to fulfill wishes. It’s decoration is simple and beautiful. Here you will see other attractions like once they showcased sand art and simple beautiful decoration. Many people believe that they do best decoration for ganesh chaturthi.

To Read see other 5 Famous Ganesh Mandals in Mumbai Click On Next Button. There is a lot more ahead. Founded in 1893 this is the oldest ganesh chaturthi celebration in the town. It is also known for the fact that they never missed celebrating Ganesh chaturthi any year. The Keshavji naik Chawl Ganpati mandal celebrates Ganesh Chaturthi in the old traditional way, so if you want to see some traditional stuff this is the best Ganesh Mandal to visit this Ganesh Chatruthi.

Chinchpokli chintamani ganesh murti is adorned with real gold and the decoration always attract maximum number of devotees. It is amongst the oldest Ganesh mandals in mubai. It is in its 98 th year of celebration.

Here 8 foot tall ganpati statue is the trademark of this ganpati mandal. Decoration themes are different every year. Last year they showcased Kedarnath temple, this year you have to find it by visiting there. In western suburbs this mandal is one of the biggest.