Lord Yama was the first mortal to die in this world. But because of all the welfare work done by him in his lifetime, Lord Shiva and Lord Vishnu made him the supreme power to rule the departed souls. Every soul after death has to face Lord Yama’s trial, who then decides whether to allot heaven (swarg) or hell (Narak). Also known as Dharmeshwar Mahadev Temple. Locally people call this temple as dhai-podi which means two and a half steps.

This temple is located in Himachal Pradesh, 500 kilometers from delhi. It is in chamba region of bharmour.

No One Can Enter The Temple: 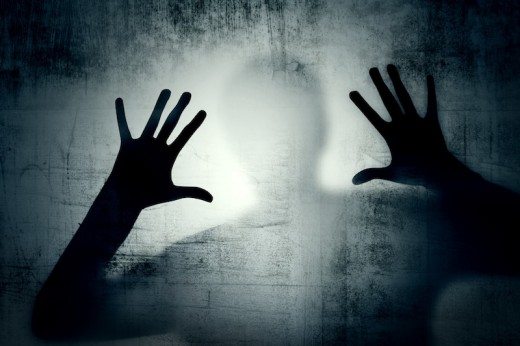 Those who tried to enter the temple in the past tell that there is a hollow passage till the ceiling, these people died after some time. Locals believe that anyone who enters the dome of Lord Yama will get their souls trapped inside.

After death the soul is brought by Yamdoots to this temple to face Yama’s trial.

When a person is close to death he cannot utter a word from his mouth, Divyadrishti is activated within him and he is able to see and understand entire world. But all his senses stop and body goes stiff.

Yamdoots (they look horrible) come to take away the soul and journey to seek justice from Lord Yama starts.

Chitragupta serves as the assistant to Lord Yama, who manages all the records of Virtue and Sin committed by soul during his lifetime. In the temple there is a vacant room, known as Chitragupta’s room. In this room Chitragupta narrates all the deeds (Karma) good or bad (done by them during the lifetime) to the departed souls.

After the narration the soul is brought to a room known as Yamaraj’s court room. Here on the basis of Virtues and Sins the soul is sent to swarg (heaven) or Narak (hell), from the four invisible doors in the temple made up of Gold, Iron, Copper and Silver respectively.

Garud Purana also explains about these four doors. It is said that Lord Yama is guarded by hi two, four eyed dogs. Around the temple the temperature is shivering cold.

After the trial souls are allotted these four adobe:

2. Hell (Narak): To get the punishments of bad Karma and sins.

3. Kailash : If the soul has always done good for others and no sin and was also engaged in worshiping God during his life time is sent to Shiv Lok Lord Shiva’s Adobe. This soul is said to achieve Moksha.

4. Vaikunth: Another place where souls can go on achieving Moksha is the adobe of Lord Vishnu known as Vaikunth.