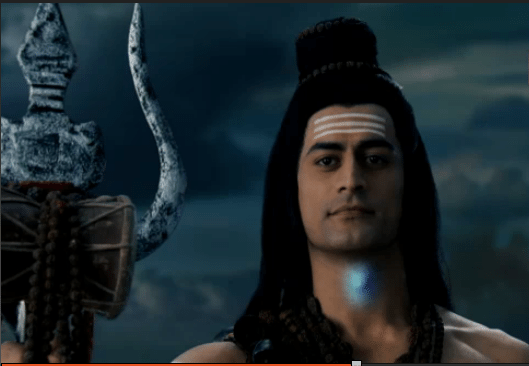 Lord Shiva the supreme God in Hinduism is responsible for creation, protection and transformation of the universe. He is known by various names one of his famous names is NeelKanth MahaDev. There is an interesting story behind this name. This is the story of Samudramanthan and proofs about this story can be found in ancient literature like The Mahabharata, The Vishnu Puran and The Bhagvata Geeta.

Reason for Samudramanthan (Churning of the Milk Ocean): 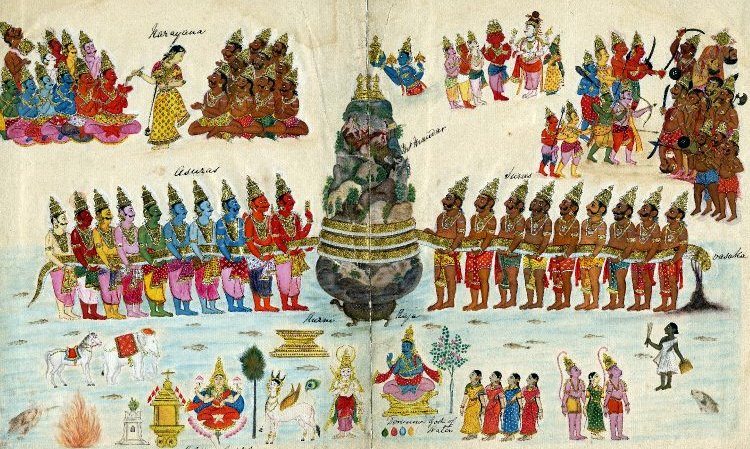 Once upon a time Lord Indra and all the Gods living in heaven lost all their power, fortune and strength as a result of curse given by Rishi Durvasa. Because of which Lord Indra lost the battle against Bali Asura (demon) . Asuras (demon) gained the control over the whole universe.

When Indra asked Lord Vishnu for help, he suggested churning of the Milk Ocean (Samudramanthan) for getting Amrit (nectar of immortality) and drink it to become immortal. This Samudramanthan took place in collaboration of Asuras (demons) and Devas (Gods). 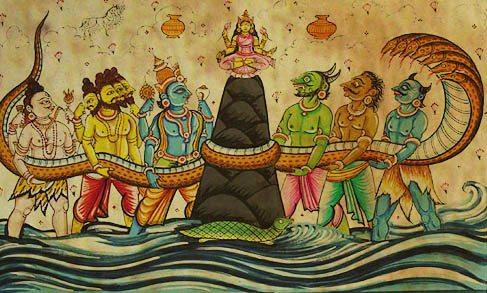 Mount Mandara: Was used as a churning rod.

Lord Vishnu in form of a turtle supported mount mandara from sinking in the ocean.

Various things came out as an outcome of the churning of the Milk Ocean. In total 14 gems came out which were distributed among the Gods and demons. 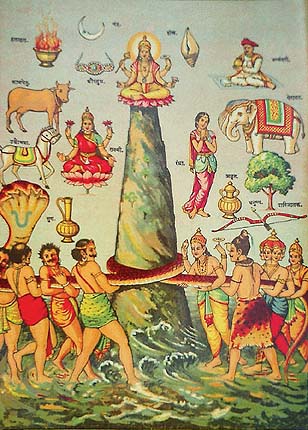 Apart from good things one lethal poison also came out the name of the poison was Halahala.  This poison was powerful enough to kill all of the creation in the universe. Nobody was ready to drink poison and sacrifice for others. This terrified everyone. 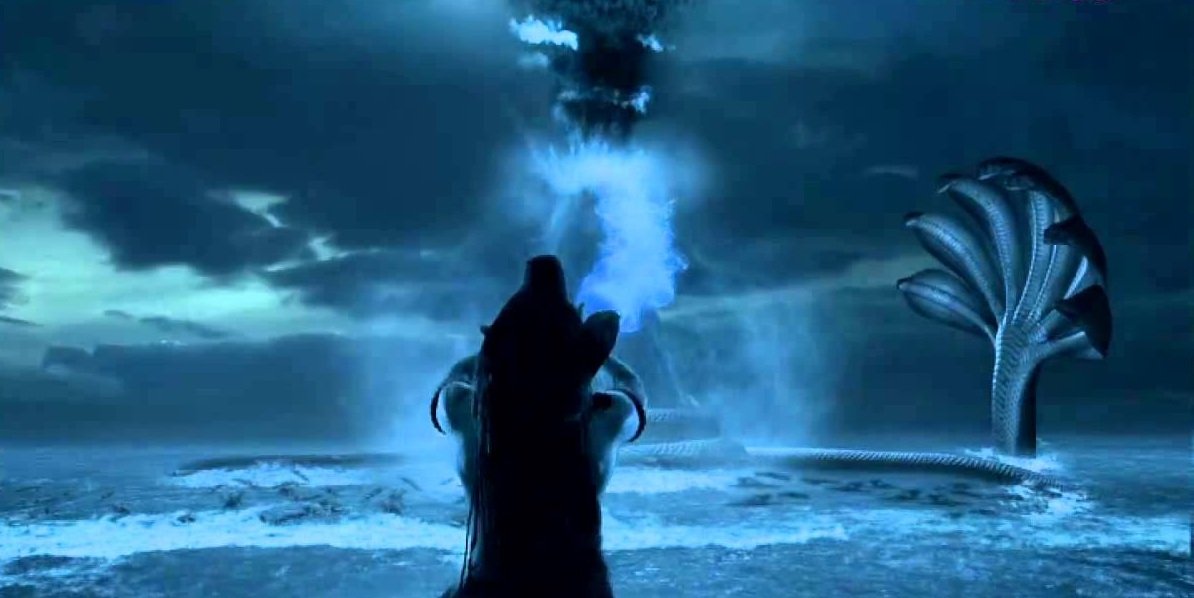 All the Gods approached Lord Shiva for help. Lord Shiva without giving a second thought decided to drink the poison Halahala and save the whole universe. Lord Shiva with his powers collected the scattered poison in the environment and drank it. The poison was powerful enough to kill any God also. 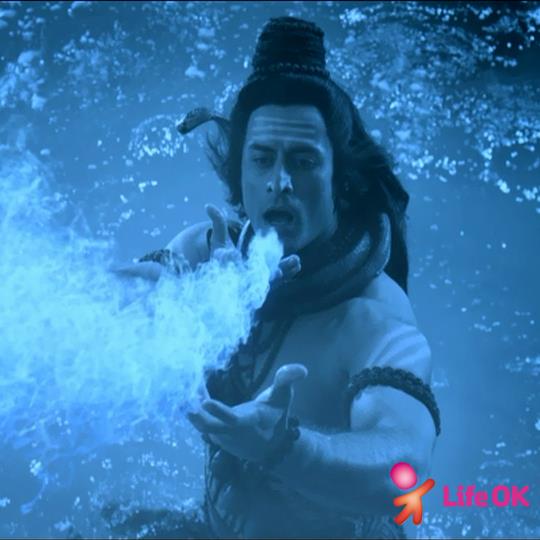 When his wife Goddess Parvati came to know about the act done by Lord Shiva, she quickly reached him and grabbed his throat when he was about to swallow the poison. She did that because the poison was lethal enough to harm God as well. 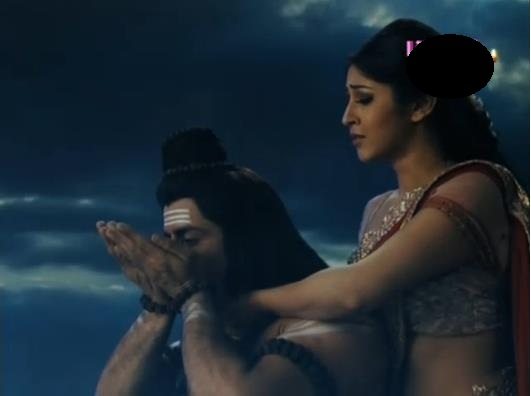 Because of this, the poison clotted in Lord Shiva’s throat and turned blue. For this reason Lord Shiva is also known as Neelkanth MahaDev. In this way a coordinated act of the Shiva and the Shakti  saved the world from deadly poison.

This also resembles that in-order to run a house or the whole world, coordinated efforts of both man and woman are required. And leaders sometimes have to take hardships for their team.

This temple is located Pauri Gharwal district of Uttarakhand India. Situated about 32 kms from Rishikesh and at a height of 1330 meters.