Kashi Vishwanath Temple is one of the most famous Hindu temples situated on the banks of the holy river Ganga in Varanasi, Uttar Pradesh. It is known as one of the most pious places in India dedicated to Lord Shiva. But there are some unknown facts about this Shiva temple that will leave you surprised.

The Kashi Vishwanath Temple had been plundered many times in the age of the Mughals. Though the permission to built the temple was given by the Great Akbar making Raja Maan Singh the in charge of the construction but his great-grandson, the sixth Mughal ruler, Aurangzeb, in his ruling period gave the orders to destroy it and built a mosque named GyaanVapi Mosque.

It was last restored to its glory by the Queen of Indore, Rani Ahalya Bai Holkar. It is believed that Lord Shiva had appeared in the dreams of the queen. The queen took it as a sign to maintain the glory of Kashi by reconstructing the temple and providing funds to it.

Even Maharaja Ranjit Singh of Indore contributed almost ton gold to construct four gold plated 15.5 meters pillars. This made temple an excellent piece of artistic and architectural work of that time.

The remains of the mosque can still be found near the temple. It is said that when news of destruction by Aurangzeb came to be known by the people, the main priest of the temple jumped in the well in order to hide the Shivalinga and to protect it from the invasion.

The well can still be found in between the temple and remains of the mosque. This well is well-known by the name of GyaanVapi i.e. well of wisdom.

Since then, this has been plundered many times, destructed and re-constructed as well.

It is believed that during the formation of the earth first ray of sun fell upon Kashi i.e. Varanasi. Lord Shiva is himself regarded as the guardian of this city and the people living here as it is said that the Lord himself had stayed for some period in the temple.

Without his consent, even planets cannot do according to their own will. This is why Kashi is known as Shiv Ki Nagri. Lord Shiva is the sole decision-maker in the city and everyone has to abide by him.

The Hindu God, Shani Dev was supposed to enter Kashi in search of Lord Shiva. But he wasn’t allowed to enter the temple so he had to stay for about seven and a half years outside the temple in his search.

This is the reason that you will find a ShaniDev temple outside the Kashi Vishwanath Temple.

The temple is observed with a golden chhatra on its top. Apart from it’s an exquisite architecture which is worth watching, the chhatra is of its own relevance.

It is believed that if every wish you make is fulfilled after seeing the chhatra. The chhatra is regarded as holy as the temple itself.

Jyotirlinga is considered as the representation of the Supreme Lord Shiva which means the radiant image of the ultimate Almighty. There are 12 traditional Jyotirlingas in India.

The Jyotirlinga is enshrined in the Grabha Griha (Sanctum Sanctorum) on a silver platform. This adds to the holiness of the Kashi Vishwanath Temple and the city, Kashi itself.

The sacredness of the place can also be witnessed by the sayings that a person attains Moksha (salvation) if he gets a chance to have a glimpse of Shivlinga placed inside the temple. This majestic site is not attained by all.

Thus, the Hindus all over India try to visit this sacred place and bath in the holy river Ganges at least once in their lifetime in order to lead towards the path of salvation.

A belief says that people who die naturally at the temple make a direct way to the ultimate power, Lord Shiva where he himself blow the mantra (spell) of moksha in their ears. So, with the influence of this mantra, the sinful creature would easily overcome the hurdles of Bhavsagar.

Another surprising fact that will leave you amazed that it is believed that when the whole world would be near its end, Baba Vishwanath i.e. Lord Shiva will preserve Kashi on the tip of his Trishul. Also, this act of protecting Kashi is mentioned as Urdhvamnaya in Hindu mythology.

Thus, the city of Baba Vishwanath, Kashi, the holy place of Hindus is one of the oldest city. Moreover, there are several other stories revealing the truth behind the Jyotirlingas and partless reality in Hindu mythology, unfolding several facts about the city and the temple.

People here believe that each pebble of the city is as pure as Lord Shiva himself “Kashi ke kankar, Shankar samaan” due to the existence of Kashi Vishwanath. Hence, Hindus should visit the place once in their lifetime to follow one of the paths leading to salvation. 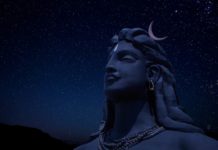