Kamakhya Devi Temple is located in western part of Guwahati in assam, in Nilachal hill. It is approx 8 kms from railway station. It is a sacred place for hindus for worshipping mother goddess Kamakhya. Temple campus consist of seperate temples of ten Mahavidyas Kali, Tara, Sodashi, Bhuvaneshwari, Bhairavi, Chhinnamasta, Dhumavati, Bagulamukhi, Matangi and Kamala. This temple is very important for Tantric worshipers.

Story Behind the Temple

It is believed that Kamakhya Temple is one of the 108 shakti peeths. The story of these shakti peets is very interesting. Once Sati went to a yagna organised by her father Daksha, instead of disapproval from Lord Shiva. In the Yagna Lord Shiva was insulted infront of  Sati. Sati couldn’t bare that insult and jumped into holy yagna fire.

This made shiva ferocious , he chopped Daksha’s head and took burning body of Sati in his arms and did the Tandav (The dance of destruction). This dance brought disaster on earth.

Lord Vishnu used his Sudarshan chakra to cut Sati’s dead body into pieces, as this was the only way to stop Lord Shiva’s tandav dance.

After that the body parts fell in 108 different parts, 52 are now under Indian boundaries and the other in surrounding countries. It is believed that Sati’s Womb and Vagina fell over here in Assam, which is know as kamakhya Devi Temple.

According to Kalki Purana, this is the same place where Mata Sati and Lord shiva used to spend time secretly. 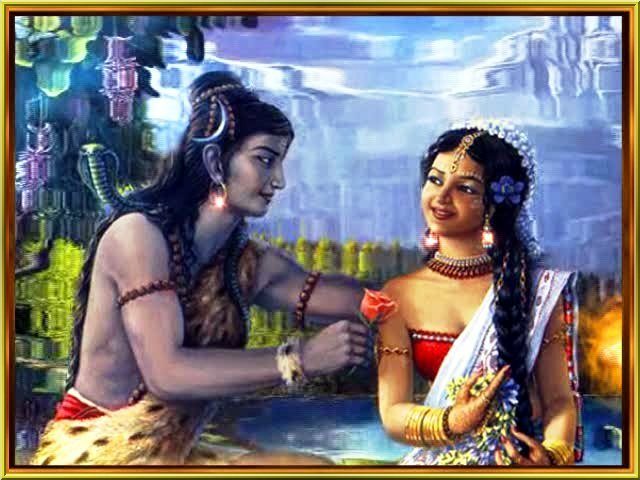 Lord Kamdev (God of Love) once lost his Virility due to a curse. He worshipped over here and was freed from the curse.

There is no image of Goddess inside the temple, but inside a cave name gurbgriha, there is a stone sculptured in the shape of YONI. There is a continuous natural spring of water that keeps this stone moist. 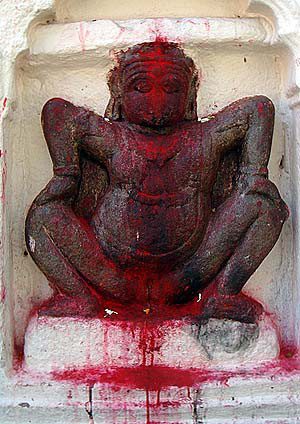 It is believed that in the month of Ashaad (June) the Godess bleeds, just like women do during there menstruation cycle. Temple is kept closed for 3 days. During this the water of bramhaputra river becomes red due to blood. Clothes are offered by devotees to temple to soak blood. After the bleeding these clothes and water are distributed amongst devotees.

This temple celebrates the power of every women to give birth.

This temple is very powerfull for all the Tantra sadhnas, many sadhus from all over India visit this temple on special occasion to do sadhnas and attain sidhdhi. 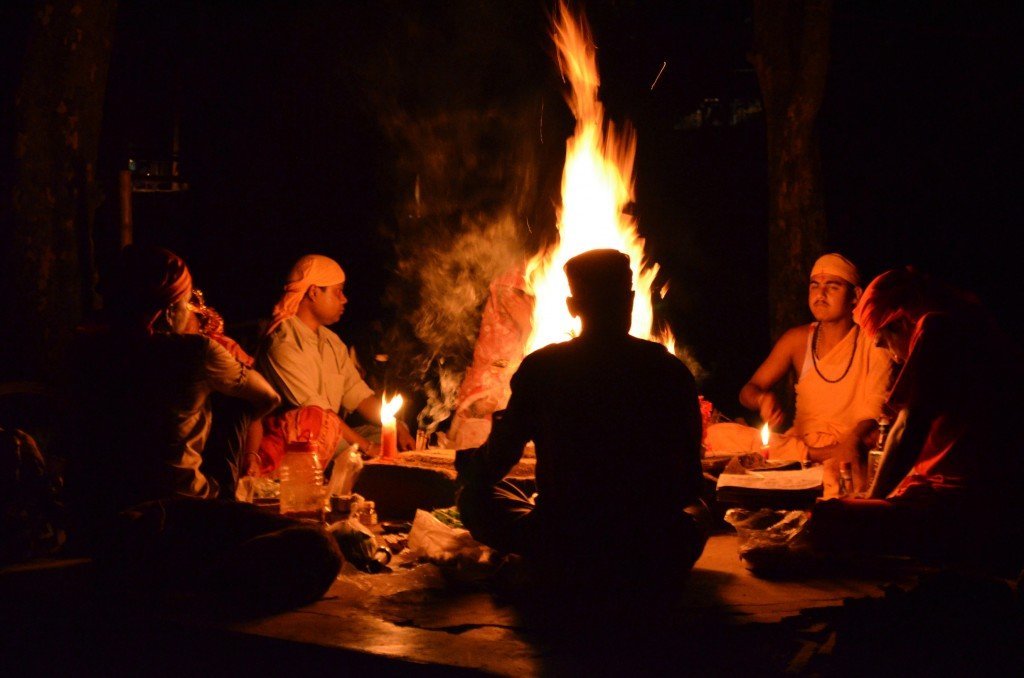 Once a demon Naraka fell in love with Godess Kamakhya and proposed to marry her. Godess Kamakhya gave him a task and promised that on completion of  tast would surely marry him. The task was to bulid stairs from bottom of Ninanchal hill to the top in one night.

Naraka started the work and when he was about to complete the work Godess played a trick. She converted the crow into a cock inorder to gave an inllusion of dawn to Naraka. Naraka was tricked easily and stopped making staircase halfway through. This incomplete stairs are called Mekhelauja path.