Tension is building between powerful nations of the world. This is what happens before every world war. There is tension building among many countries say it India and Pakistan or USA and North Korea. Slowly different nations will team up together against another and will form two teams. Then these teams will fight against each other. This is what happened in world war 1 and world war 2. Present situations are very dangerous. Will these situations lead to World War 3.

Tension between North Korea and USA: As USA is presently the world power but North Korea is a nation which has invested much money on their weapons than nation’s development. North Korea has threatened to use Nuclear missile on Washington DC. Recently North Korea deployed its warships on the Korean Peninsula. North Korea is going to test Nuclear weapon on the anniversary of their former king, USA had issued the warning that if this testing happens they will response with an attack. Both the nations have deployed their warships and carriers on the Korean Peninsula.

If USA attack North Korea in coming days Japan and china may join the party and as we know nothing is perfect between china and USA. Relation between these two nations was never good and recently USA fired 59 missiles to Syria in a reaction to chemical attack on its citizens by Syrian president. Russia on the other hand condemned this act by USA stating that the so called chemical attack was an accident, as one of the missile fired on ISIS attacked the chemical factory. Russia stated that it was not an intentional attack but was an accident. But USA wants war and fired 59 missiles on Syria, which is not acceptable.

In coming days Russia and Syria may team up against USA. You know very well about India and Pakistan relations. Similarly India and China relations are also not that good. China is continuously occupying Indian land and has also built a highway on the Pakistan Occupied Kashmir. China wants to be a ruler in Asia. China helps Pakistan financially and will help Pakistan if there is a war between India and Pakistan. China has also build port in Sri Lanka and deploying warships near Bangladesh. So China is surrounding India from all the sides with the help of Pakistan, Bangladesh and Sri Lanka. First understand which all nations want to attack USA:

These 3 nations may team up together to attack USA in future.

USA may also establish a good relation with Russia and attack North Korea and China together.

What will be India’s Position: How safe are we?? Because of large numbers of foreign visits by our Prime Minister Narendra Modi, Our relations with many countries have improved. For example USA and Russia are our best partners. If Pakistan and China attack India, Russia will definitely help as he is our best friend. USA may help as USA want to attack china. We also have high-tech weapons and 3rd largest army in the world. So we will be in a safe position. But let me remind you that we are living in 2017 and all the countries have highly dangerous weapons with them. Nobody reveals their secret about their weapons but everyone has developed lethal weapons. If world war happens then we will see use of some new weapons which we never thought of. The result will be so dangerous that nobody will be left alive and the one who will be left will demand for death as there would not be anything left. We do not want war but the situation of world right now and reactions from powerful nations clearly shows that some disaster is going to happen. 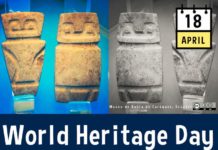 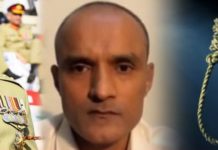 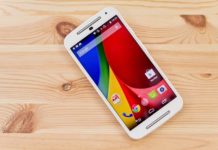