In the four canonical Gospels death of Jesus is explained. This was the time when Jesus was crucified with 2 other criminals. Firstly Jesus was arrested, beaten and after trial was crucified. Before Jesus died he said “God please forgive the sins of the people involved in the crucifixion as they don’t know what they are doing”. Jesus was crucified for no reason and he was innocent, everyone knew that but nobody stood out to fight for him. Good Friday is celebrated to commemorate the crucifixion of Jesus by Romans. Jesus died because of our sins and also asked forgiveness for all of us.

The Last Supper: The day on which Jesus was arrested It was Wednesday and the official preparations of the Passover were going on. Passover was the day when God freed mankind from his slavery. Officials in Egypt used to search each and every house, for any bread made up of yeast and remove it from the city if found (as it was told to prophet Moses by God to eat most healthy lamb and non-yeast bread to celebrate the freedom from slavery).

There was also a rule that nobody will work after midday on Thursday and all will prepare for the Passover meal on Thursday evening.

On Thursday Jesus gave order to John and Peter to arrange and prepare for the Passover meal in the evening. Apart from assigning work to Judas, Jesus ordered to Peter and John as Jesus knew that Judas will betray him. Jesus attended the Passover meal with his closest disciples “The 12 apostles”. After the meal Jesus was arrested in the Garden of Olives. Jesus knew that he was going to die. Judas betrayed Jesus and left the Passover meal and went to Jews and Romans to tell them how they can arrest Jesus. When Romans soldiers governed by Pontius Pilate came to arrest Jesus, he surrendered himself as he knew he is going to die. When Malchus the head of the troops came to arrest Jesus. Peter (Jesus disciples) cut Malchus ear with his sword and was ready for a fight. Jesus stopped Peter and said he will accept his fate and get arrested and also healed Malchus’s ear.

Jesus helped the one who wanted to kill him

Arrest and Trial of Jesus was Illegal:

After the arrest Jesus was taken for trial the same night of Thursday. It was illegal to arrest, question or put somebody to trial on festive day (such as passover) or in afternoon or after sunset, but this all happened to Jesus. Jesus was questioned at house of caiaphas and house of Annas after the sunset and questioning of a Jewish prisoner in a private house was illegal. Both Caiaphas and Annas were priest and no trial can be done by priests, but a Jewish Judge.

Trial of Jesus in Jewish court: At about 4 am to 5 am Jewish court members were awakened and called for the trial but two council members who were close to Jesus were not called. Jesus was accused with serious crime of Blasphemy (profanity against religion) for such crime death was the only punishment. All the witnesses were against Jesus and all were friends of priests. Nobody can prove what Jesus had done wrong and all were against him and wanted him to die.

After the trial Caiaphas with other council members sentenced Jesus (but this was the work of Jewish judge but there was no Judge present at that time). Jesus was beaten up by the roman guards and mocked. His clothes were torn apart. The crowd headed by the Jewish leaders demanded that Jesus should be Crucified as the Jewish leaders told them to do. Hearing to the crowd Pontius Pilate ordered a crucifixion. He was then hanged and crucified in between two thieves. Jesus died 9 hours after being crucified.  Roman soldiers mocked Jesus by writing “Jesus of Nazareth, King of the Jews” in a wooden board in three languages and affixed this board above Jesus’ head.

After the crucifixion several incidences like earthquake and darkening occurred.

After the Death Jesus was buried in the tomb and just on the third day of Easter (Sunday) Jesus returned from the dead. 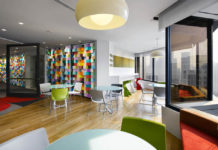 What is Easter: And It’s Importance