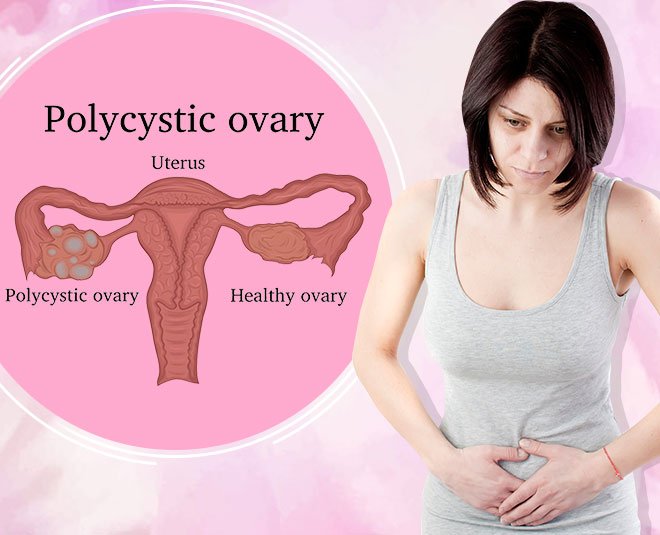 PCOS- an acronym for Polycystic Ovarian Syndrome. This condition in a woman leads to an increase in androgen(male hormones). As a result, the normal functioning of the body is affected as well as the appearance. In intense cases, PCOS can prevent a woman from conceiving.

Following are the main causes of PCOS-

PCOS cannot be cured by any mode of medication but it can be reduced with the help of YOGA. Practicing yoga may help you attain the highest level of harmony between your body organs and hormones. Yoga is considered ideal for keeping the body fit and healthy.

Yoga helps in the uplifting the quality of every aspect of our life. Using YOGA to control PCOS results in lots of benefits without side effects and involvement of any medicine or treatment.

Here are 18 effective yoga practices which may help in PCOS-

Also Read – THE OLDEST ART OF HEALING YOU SHOULD KNOW

This pose commonly known as “Baddhakonasan” works on the muscles of inner thighs and organs of the abdominal cavity. This helps in smooth functioning of ovaries and smooth regulation of the menstrual cycle. It provides flexibility to your legs.

This is popularly known as “Supta Baddhakonasan.” It is a modification of the butterfly pose and works on the same areas. This pose is done while lying down and beginners are suggested to use cushions to get support.

This pose, known as “Bhujangasan”, works in the areas around sacrum. This pose works in activating sexual energy thereby controlling the symptoms of PCOS. It reduces the stiffness of the lower back and reduces irregularity in menstruation.

This is also known as “Naukasan”, works on the muscles of the abdomen. It helps in regulation of thyroxin hormone to balance thyroid function. The thyroid is one of the symptoms of PCOS. It also strengthens hip flexors and stimulates prostate glands.

This is also known as “Dhanurasam” is beneficial in discomfort during the days of menstruation such as cramps. This also activates reproductive organs reducing the chances of infertility.

This is known as “Balasana”. This pose is a true resting pose that one can hold for the long duration. Also, It is used to strengthen the hips. Though it doesn’t target any particular organs still this is great for PCOS as it gently relaxes the muscles of the back torso and the front part of the body.

This pose, known as “Marjariasana” in yoga is used to reduce back pain. It helps in strengthening the core muscles and tackle cramps and discomfort in menstrual cycles. It also gives strength during childbirth.

This pose is opposite of cat pose and is known as “Bitilasan”. This strengthens back and shoulders. This pose also relieves respiratory ailments and expands the abdominal region.

This asana is also known as “Prasarita Padottanassan”, works on your hips to tone the abdominal muscles. Practicing this pose makes childbirth easier.

“Paschimottanasana” helps in reducing weight. As one of the biggest side effects of PCOS is difficulty in losing weight. This asana tackles obesity and weight gain.

The “Setu Bandha Sarvangasana” works to coordinate thyroid function and also activate the organs of the abdominal cavity. The symptoms of menopause can be cured with this asana. It also revitalizes the legs and strengthens them.

This pose is also known as “Padmasan”, it can be done by both men and women as it works on reproductive other organs of the genders. This pose if performed during the menstrual cycle may help in controlling cramps and reducing PCOS.

The “Shalabhasana” is the best pose for women suffering from ovary disorders. This is also known as “Superman Pose”, used to control uterine disorders. Also, this pose should be practiced every day to see the best results.

“Malasan”, also named “Yoga Squat” helps you in opening your hips and groin giving fruitful results in the regularity of menstrual cycles. This pose keeps pelvic and hip joints healthy and strengthens the metabolic activities of the body. This is considered an ideal pose for prenatal yoga.

This pose is also known as “Chakki Chalanasana”. It is a simple exercise which massages the organs of the abdominal cavity and the reproductive organs. It also activates almost every muscle in our body for its smooth functioning.

This pose is also known as “Surya Namaskar”.It is one of the best exercises which improves the blood circulation and helps in losing weight. Performing regularly in the early morning hours provides relaxation and reduces stress. Stress is one of the causes of PCOS. This may remove irregularity in menus.

This pose is also known as “Bhardvajasana” is one of the best yoga poses for PCOS treatment. Also, this pose balances blood pressure and enhances overall relaxation by soothing the muscles and nervous system. This pose also regularizes menstrual cycles.

This pose is also known as “Shavasana”. The pose relaxes your whole body and releases stress, depression, and fatigue. It improves mental health. Apart from this yoga pose, for PCOS treatment you can also practice “pranayama” to relieve stress naturally.

Regular practice of yoga and meditation can help you reduce the condition of the polycystic syndrome. It is advisable to consult your doctor as well along with performing these yoga poses. Also, practicing yoga may reduce stress, anxiety, disturbed menstrual cycles, and balance hormones.

While performing yoga listen to your body and do not push yourself. Perform asanas slowly and steadily. It is going to work on organs related to PCOS and reduce its impact on the body. 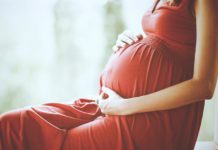 Pregnancy Tips That Every Pregnant Women Must Know 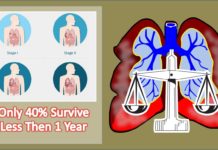 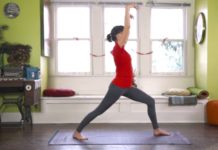