Venkateswara the king, is the incarnation of Lord Vishnu. Venkateswara is known to be the only God who took birth to save the people from troubles of Kaliyuga. He will reside there in the temple till the end of kaliyuga. At the end of Kaliyuga Lord Vishnu’s other incarnation Kalki will take birth and destroy everything on earth. This would happen when sins will reach its peak and there will be no humanity left. That would be an end of Kaliyuga and Kalki will destroy everything and formation of new Yuga will take place. For this reason Tirupati Balaji temple is also known as Vaikuntha of Kaliyuga. Also known as Kaliyuga Pratyaksh Daivam. 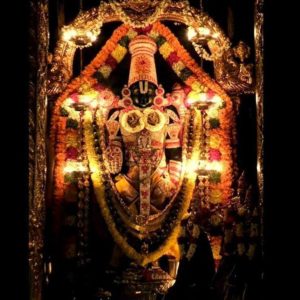 Other Names of Lord Vekateswara: It is located in Andhra Pradesh in Chittoor district. First you need to go to tirupati and then to tirumala hills range. Connectivity is very good. Tirumala hill range is known as Venkatadri. It is a part of seshachalam hills range, it’s a range of 7 hills which represent the 7 heads of Adishesa (Snake manifestation of Lord Vishnu).

The story Behind Tirupati Balaji Temple:

Two stories are famous about Tirupati Balaji temple. One from Venkatachala Mahatyam and Varaha Purana. These two stories show that the land of Tirumala was pervaded by Lord Vishnu’s Incarnation. 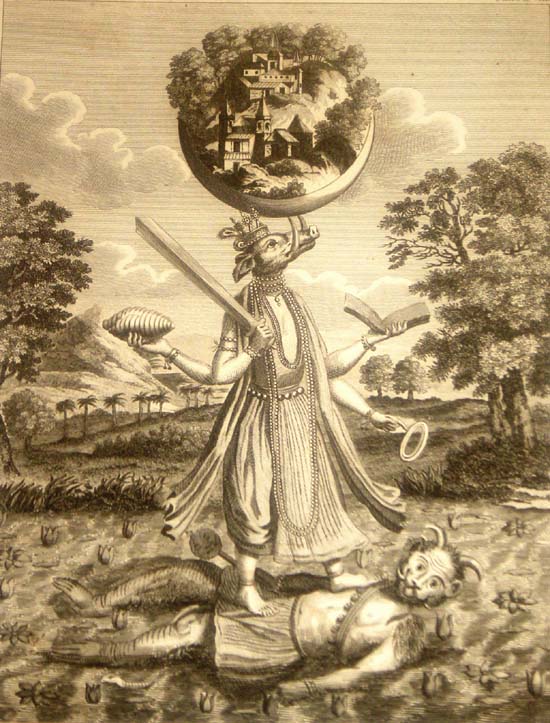 Once upon a time mother earth sank to Patal Lok because Wind God (Vayu Dev) flew furiously to stop heavy fire. This caused rains and heavy clouds and earth sanked to Pata Lok.

Then Lord Vishnu decided to save mother earth and took incarnation of Adi Varaha (A wild boar). Adi Varaha used his tusks to pull back earth from Patal Lok. After this incident Adi Varaha decided to live on earth for the welfare of the people. He asked his vimana Garuda to bring Kridachala from Vaikunth which is a hill range with high peaks. Kridachala was decorated with gem stones and was resembling the seven heads of Adi Sesha (Lord Vishnu’s snake manifestation).

As requested by Lord Bramha, Adi Varaha took a composed look and resided on the Kridachala vimana with her better half (Bhudevi with 4 hands) and decided to give knowledge and boon to people like Dhyan yoga and Karma Yoga. 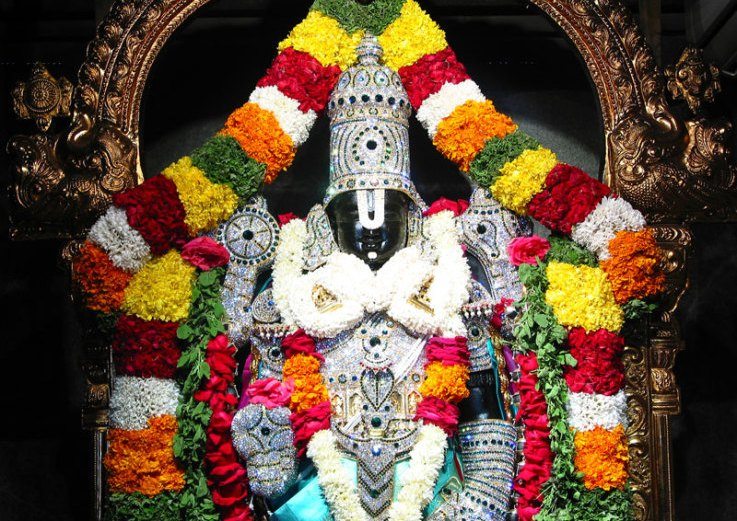 At the starting of Kaliyug Lord Adi Varaha left Venkatadri and went to Vaikunth, his permanent adobe. Lord Bramha asked Narada to do something, as Lord Bramha wanted Lord Vishnu’s incarnation on earth. Narada went on the banks of river Ganga where group of rishis were confused and not able to decide, that who will get the fruit of their Yagna. They were confused among three main God, The Bramha, Lord Shiva and Lord Vishnu. But this incident of kicking Lord Vishnu’s chest made Mata Lakshmi angry, she wanted Lord Vishnu to punish Rishi Bhrigu, but this didn’t happened. As a result she left Vaikuntha and came to earth to go on a penance and started meditating at Karavirapura (which is now known as Kolhapur in Maharashtra). 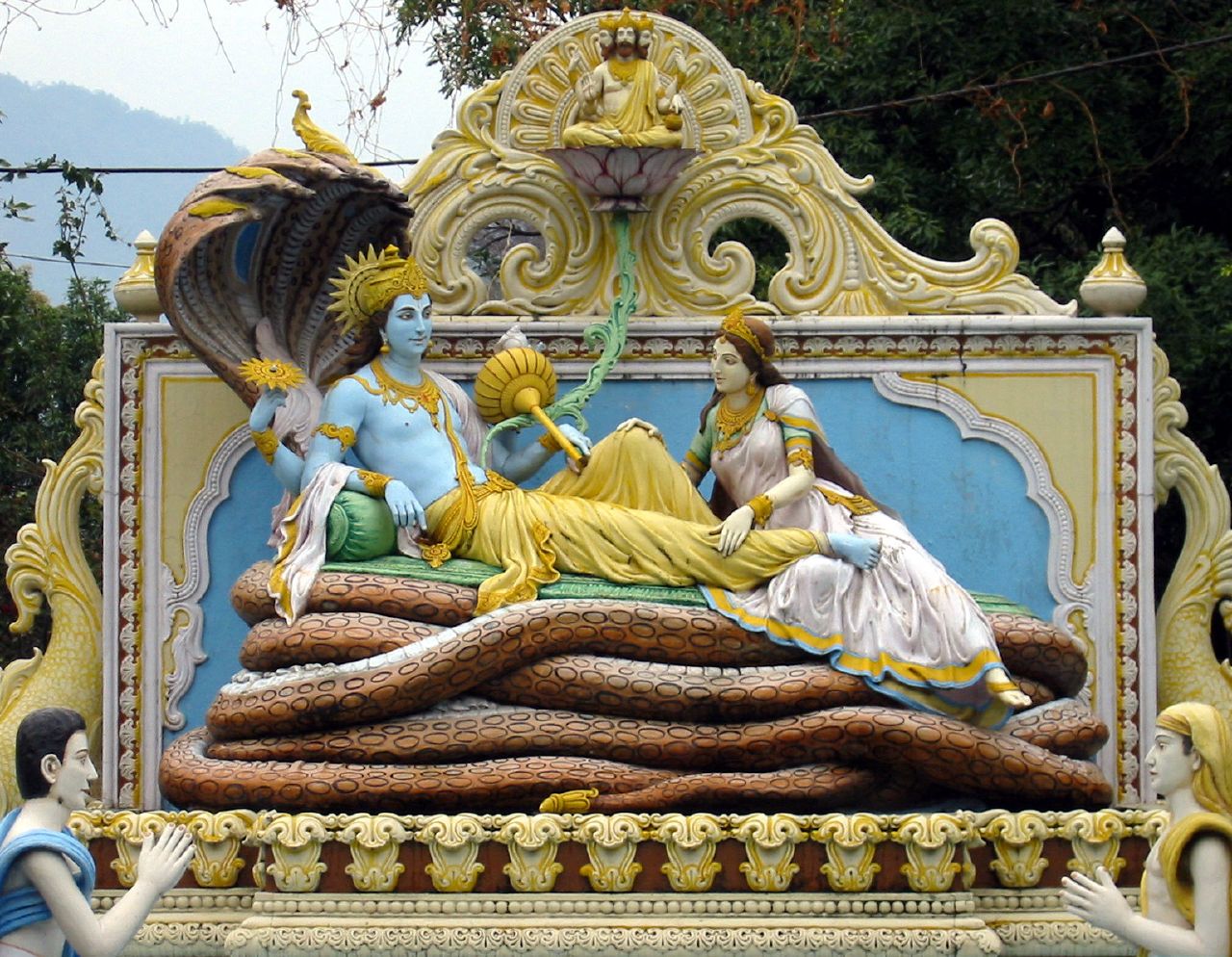 Moved by this incident Lord Vishnu became very sad in Vaikuntha and left Vaikuntha one day in search of Mata Lakshmi and wandered various forests and hills. But he was not able to find Mata Lakshmi. Lord Vishnu started living in an ant hill as his shelter and this ant hill was in Venkatadri. 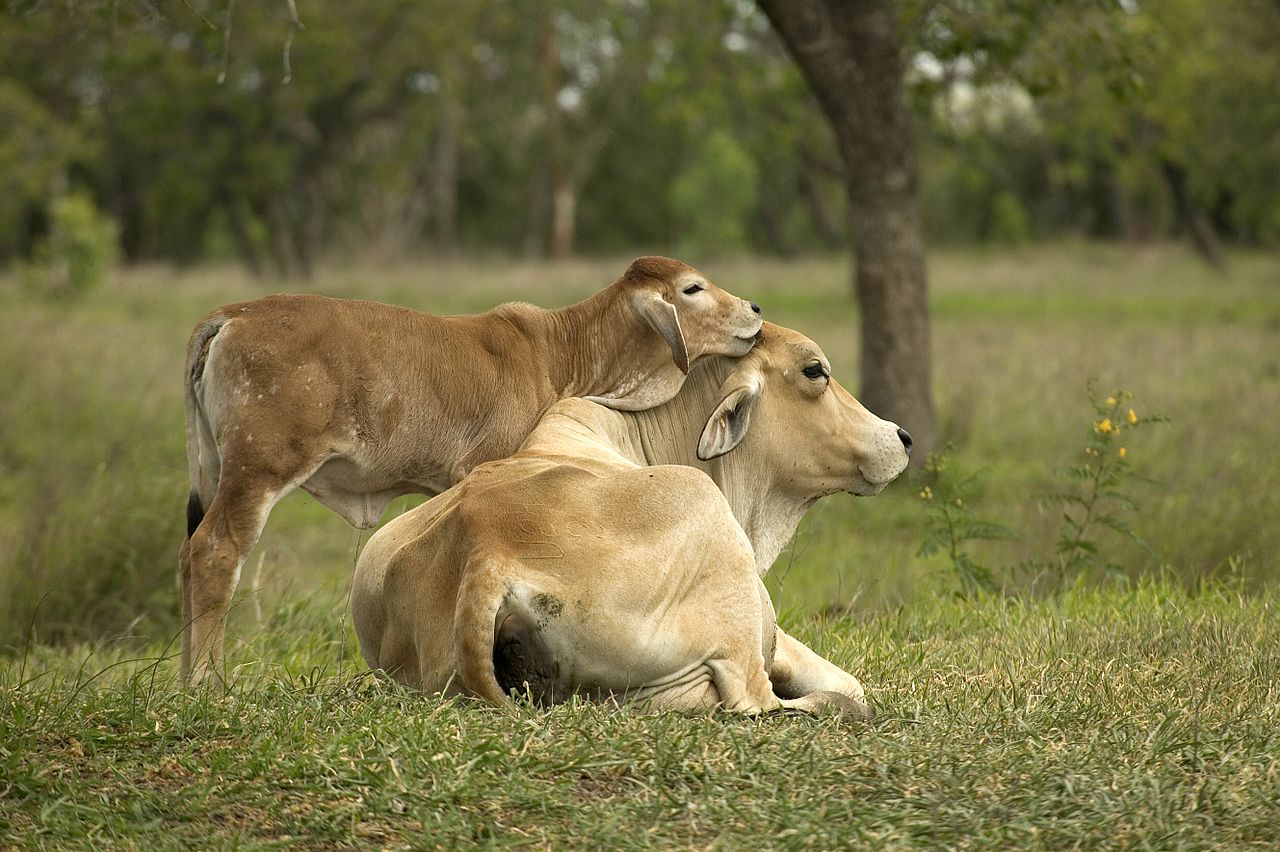 Lord Shiva and Lord Bramha decided to help Lord Vishnu. So they converted into a cow and a calf and went to Mata Lakshmi. Lord Sun told Mata Lakshmi about the scenario and asked her to give the cow and calf to the chola kings.

Chola king sent their cattle to venkatadri mountains for grazing. Cow started emptying her udder on the ant hill and started feeding the Lord Vishnu. But one day the cow was spotted by the cowherd. He threw his axe to hit the cow out of anger and Lord Vishnu saved the cow by taking the attack on him and was hurt. When cowherd saw that Lord Vishnu was bleeding he died on the spot. The Chola King was also cursed by Vishnu to become a Demon, because of the sin committed by his servant. King pleaded for mercy and innocence. Then Lord Vishnu told him that he will be born as Akasa Raja in his next birth and the curse will end when Vishnu will be presented the crown from Akasa Raja during Vishnu’s marriage with Padmavathi. 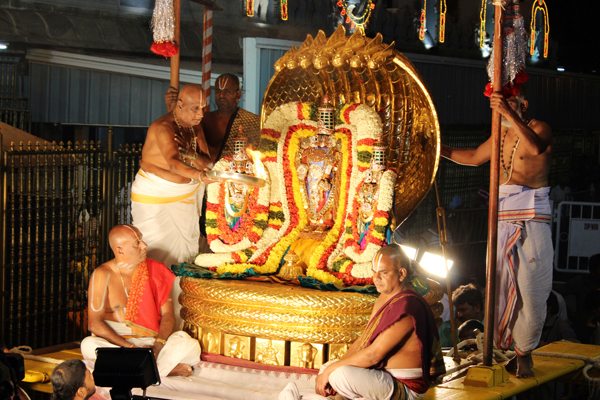 Lord Vishnu incarnated himself as srinivasa and lived on the Venkatadri mountain and was looked after by Vakula Devi his mother. After some time Akasa Raja was also born but he didn’t had any children. One day while ploughing the fields he found a baby girl on the lotus flower, he named her Padmavati.

Grand Marriage Of Srinivasa and Padmavati: 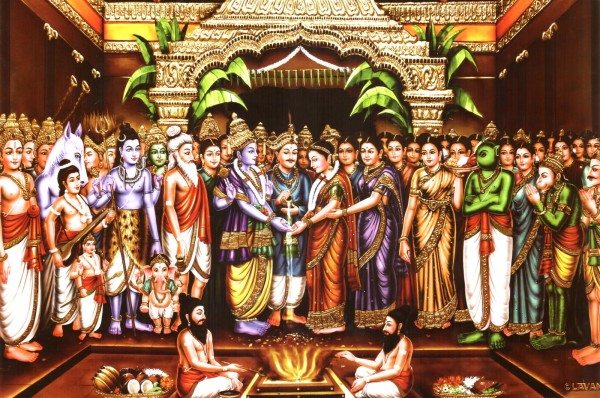 One day Srinivasa was on a hunting spree and was chasing an elephant. But elephant reached a garden where Padmavati was playing with her friends. Elephant threatened all; Srinivasa saved everyone there in the garden. Srinivasa was enthralled by the beauty of Padmavati and also enquired about her. He told his mother Vakula Devi that he wanted to marry Padmavati. Also revealed that he is Lord Vishnu and Vakula Devi was Mata Yashoda (Krishna’s mother) in her previous birth. He also stated that he would not be calmed until and unless he marries Padmavati.

Vakula Devi went to King Akasa Raja with a marriage proposal. On the way Vakula Devi also found that Padmavati was also in love with Srinivasa through her maids and have fallen ill due to love. When Akasa Raja came to know about this he consulted rishi Brihaspati for this marriage. Brihaspati narrated that Padmavati was born to marry Lord Vishnu in this birth. All were very happy and the marriage was fixed.

The Debt Of Kuber:

Srinivasa also borrowed money from Kubera (The Lord of wealth) to conducted grand wedding celebration of two celestial bodies. This loan was so big that the debt of that loan is paid by all the devotees of Lord Venkateswara by donating money, jewels, ornaments etc. to Lord in the temple. It is believed that this loan will be completed with the end of Kaliyuga 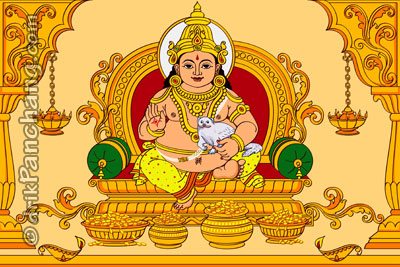 When Maha Lakshmi (who was in a penance in Kolhapur) came to know about Lord Vishnu’s remarriage, she decided to confront him as disbelief. When Srinivasa confronted Maha Laxmi and Padmavati together at one place (both were his wife), he converted himdelf into a granite rock statue (Lord Venkateswara). Then Lord Shiva and Lord Bramha came and explained that because of welfare and emancipation of people in Kaliyuga Lord Vishnu did all this leela. After knowing that Lakshmi and Padmavati also decided to stay there with Lord Venkateswara. Mata Lakshmi stayed on the left chest of Lord Vishnu and Padmavati on the right chest. 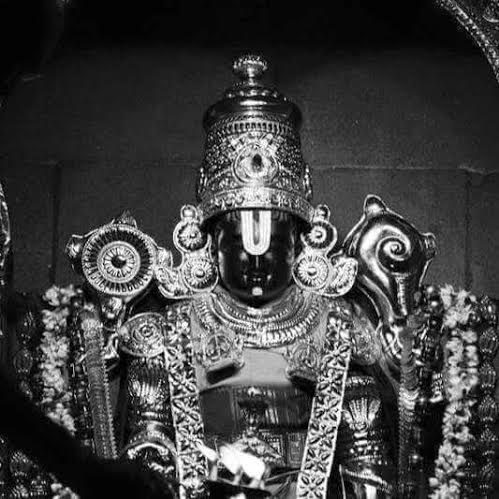 Srinivasa stated that all the devotees coming to his shrine will have to take a bath in Pushkarini river and offer prayers to Varaha before coming to his temple. Then only devotee will get full fruits of the travel.

Hope you like the story. Please share it with the world around you and let everyone know the legend of Lord Venkateswara.