The Basilica of Our Lady of Good Health is located at Vailankanni in the state of Tamil Nadu in southern India. Millions of pilgrims visit vailankanni during the year which makes it one of the most visited pilgrimage places in the whole world.

The Basilica is devoted to Our Lady of Good Health and is truly universal,in this troubled world people of all faiths and religions come here to worship request,plead and give thanks.

Without a shadow of a doubt it is the choice of Our Blessed Mother to make her apparitions in Vailankanni, that has transformed this place into a Marian Shrine of international repute, is popularly known as the ‘Lourdes of the East’.

It is an indisputable fact that God has always been eager to intervene in human history, especially during turbulent times, in a motherly way and so He comes to us through Mary. Mary is not only the Mother of Jesus, she is the Mother of all us, and it is the distinctive mark of a mother to be solicitous for the well being of her children. Even in her glory in heaven, she is still profoundly concerned about the welfare of her children, and that is why she leaves her eternal throne to come down to man to alert him to the dangers to which he is rushing headlong.

1. Our Lady with her infant son appeared to a Hindu boy carrying milk to a customer’s home. 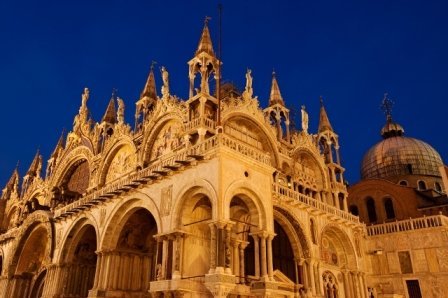 Sometime during the sixteenth century, Our Lady with her infant son appeared to a Hindu boy carrying milk to a customer’s home. While he rested under a Banyan tree near a tank (pond), Our Lady appeared to him and asked for milk for her Son and the boy gave her some. On reaching the customer’s home, the boy apologized for his lateness and the reduced amount of milk by relating the incident that occurred on his way.
On inspection, the man found the milk pot to be full and realized that something miraculous had happened. That man, also a Hindu, wanting to see the place where the apparition occurred, accompanied the boy. When they reached the tank, Our Lady appeared once again.
On learning that it was Our Lady who appeared to the boy, the residents of the local Catholic community became ecstatic. The tank where the apparition took place is called “Matha Kulam” or Our Lady’s tank.

2.  Our Lady of health with her infant son appeared to a crippled boy who  was selling buttermilk. 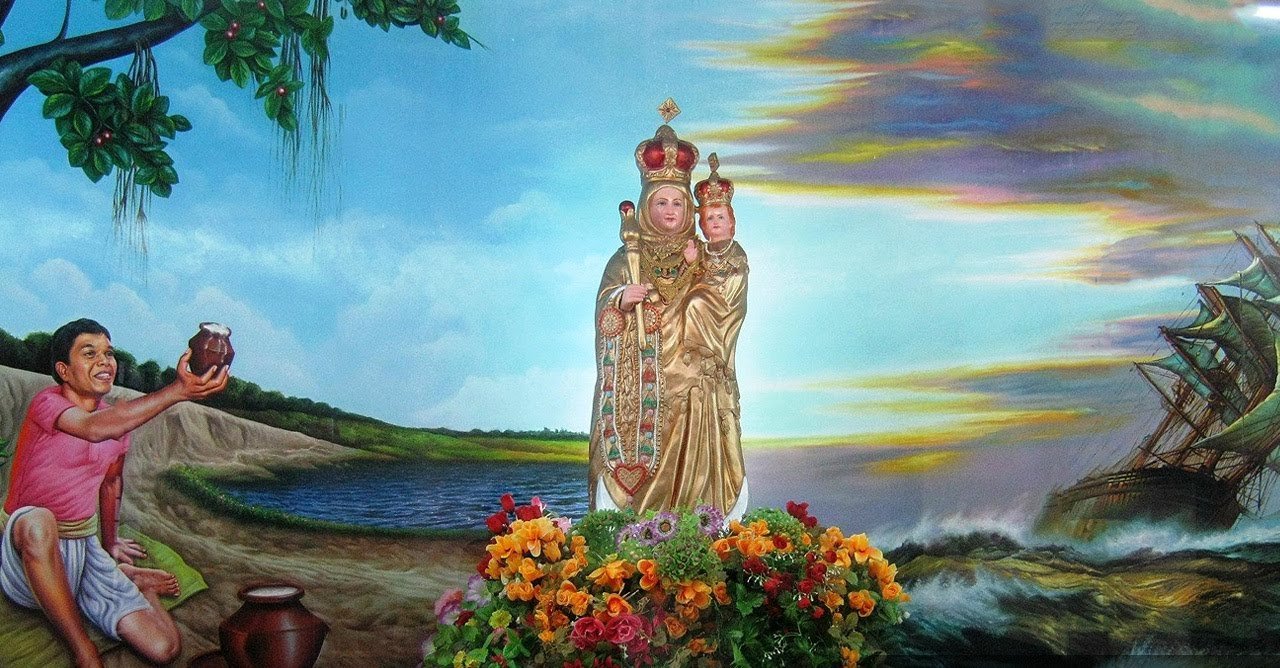 Some years later Our Lady appeared again. This time to a crippled boy who was selling buttermilk near a public square on the outskirts of the same village of Vailankanni. She asked him for buttermilk for her infant Son and the boy compiled. Our Lady asked the boy to inform a certain wealthy Catholic man in the nearby town of Nagapattinam of her appearance. Not realizing that his crippled leg was miraculously cured by Our Lady, the boy rose up and began his journey. The man also had a vision the previous night in which Our Lady asked him to build a chapel for her. Together, the man and the boy returned to the site of the miracle.

3. Our Lady of health appeared to a Man 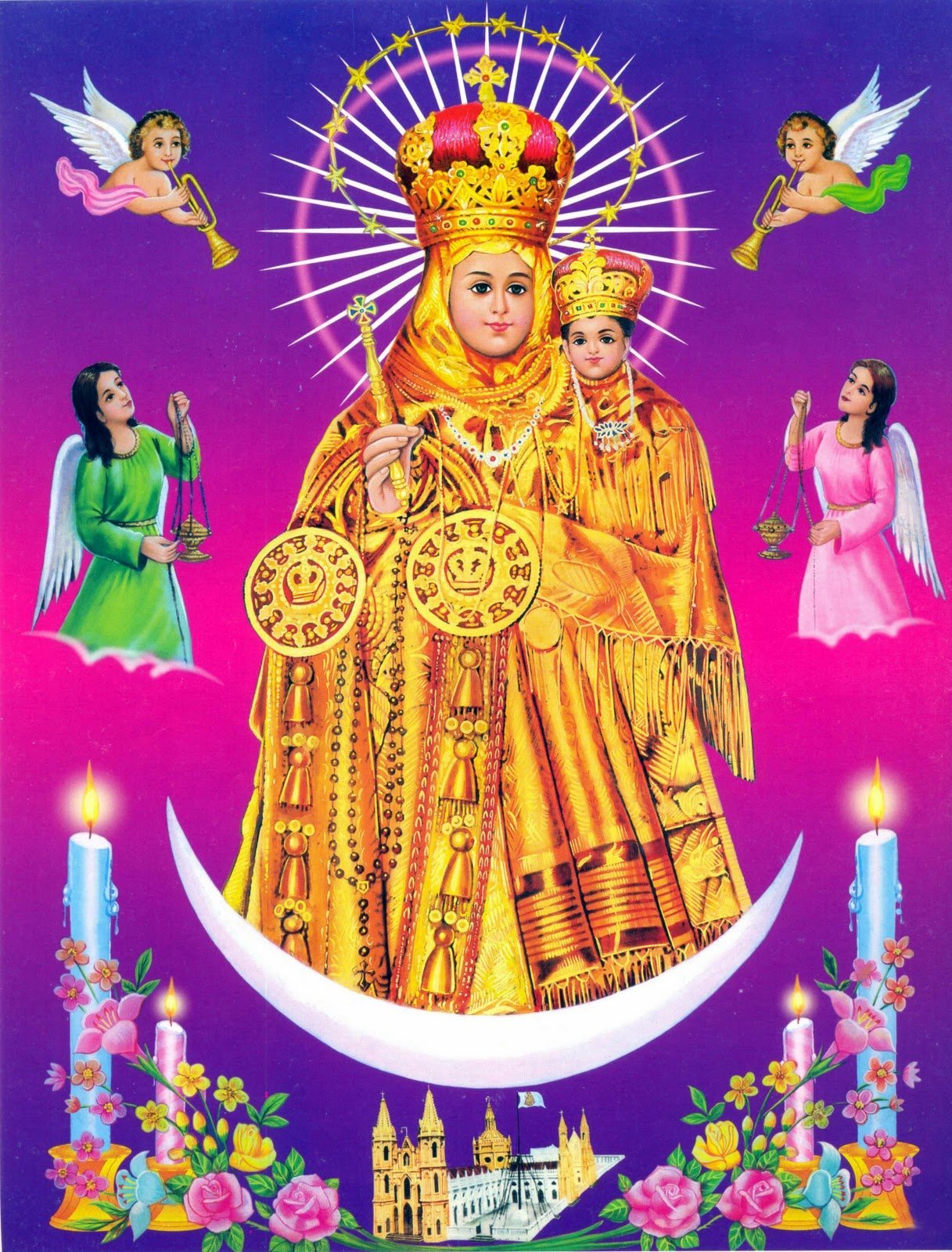 This time Our Lady appeared to both. The man erected a thatched chapel for Our Lady at the site of Her second appearance. This chapel became a holy place of veneration to our Blesses mother and She was called henceforth,Mother of Good Health (“Arokia Matha”).

4. Our Lady of health appeared to a Portugese Merchant 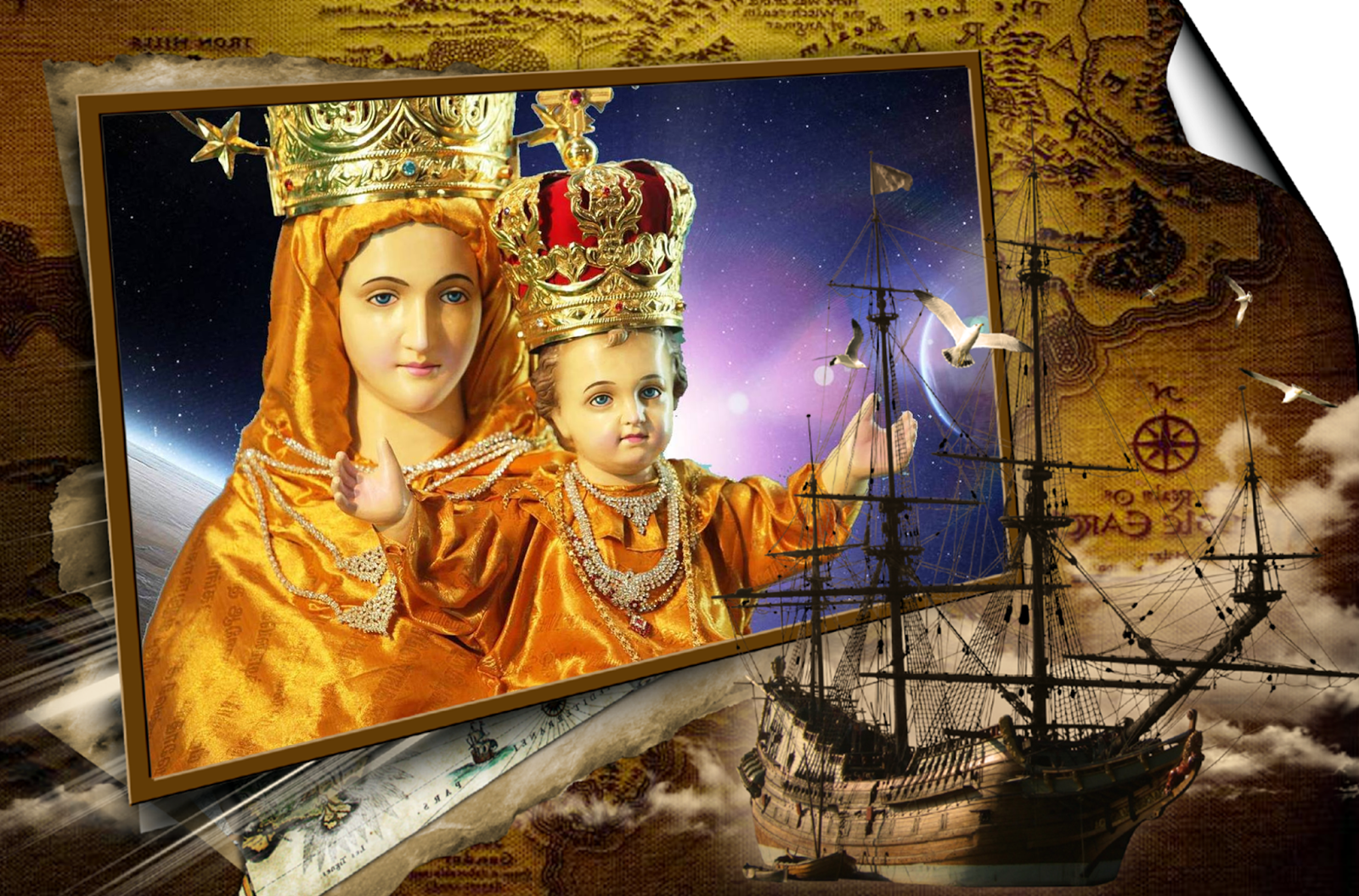 A few years later, Our Merciful Mother rescued a few Portuguese merchant sailors from a violent storm, which wrecked their ship. When the merchants reached the shore of Vailankanni they were taken by local fisherman to the thatched chapel. To give thanks and pay tribute to Our Lady, they built a small permanent chapel on their return trip. On subsequent visits they improved on it. The merchants dedicated the chapel to Our Lady on September 8th to celebrate the feast of her nativity and to mark the date of their safe landing to Vailankanni.